A team of University of Kansas CReSIS researchers and DARcorporation engineers, under the guidance of Dr. Richard Hale & Dr. Chris Allen, developed a five-element ground penetrating antenna array for the MCoRDS (Multichannel Coherent Radar Depth Sounder) installation on the DC-8 in support of NASA’s Operation IceBridge to use a radar-mounted DC-8 jet to study polar ice sheets and the effects of climate change on those sheets. The radar integration is in support to Operation IceBridge, which will enable scientists to survey the Earth’s polar ice continuously during the gap after NASA’s Ice, Cloud and Land Elevation Satellite (ICESat) stopped collecting science data in 2009 and before ICESat-2 is launched (launched 9/15/2018). 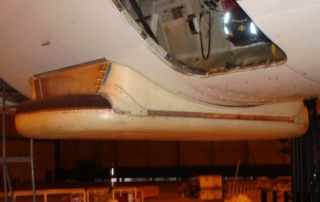 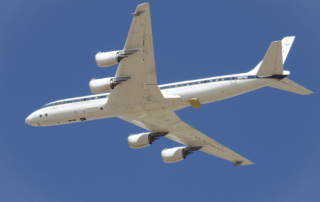 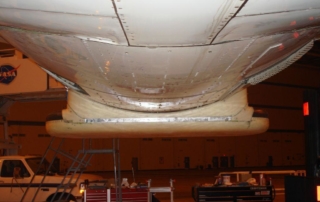 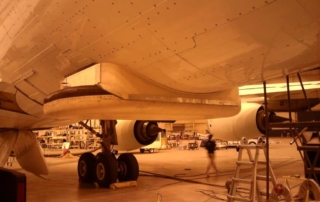 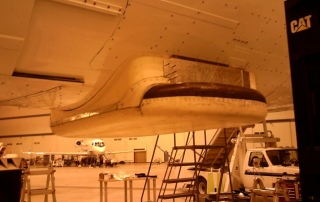 DARcorporation engineers analyzed the aerodynamic characteristics and the structural configuration. The array is suspended beneath a ground plane and housed in composite fairings. The installation is designed to withstand the extreme temperatures at cruise and loiter altitudes in Antarctica. Computational Fluid Dynamics (CFD) cases were analyzed to check for supersonic flow in the vicinity of the installation. And a series of performance studies were also conducted to see the implications of the installation on drag and hence range and endurance. An aerodynamically optimized shape of the fairing was developed based on the results from the performance trade studies and the CFD studies. A finite element model of the fairing was developed and various load cases were simulated. The attached structure experiences extreme sizing conditions because of operating conditions. The attached structure is sized to not only survive the extreme load conditions by itself, but also to not introduce unacceptable additional loads to the DC-8 fuselage. Structural stability and dynamics are also checked to ensure a safe flight. 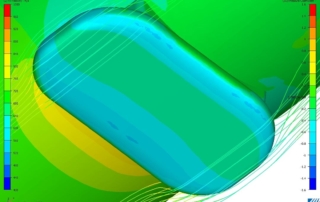 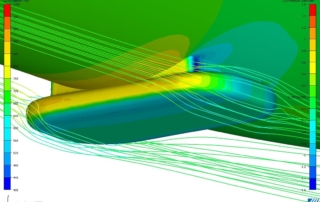 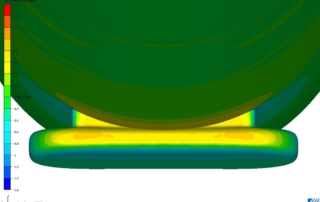 The MCoRDS Antenna Assembly was successfully flown on the DC-8 for the flight test on September 11, 2009 and has been in service since then.