DARcorporation supports open source as an important tool for maximizing the functionality and flexibility of software applications. DARcorporation has a number of engineers on staff with a history of Open Source Software contributions and we are currently active in creating and shaping two modules which focus on airfoil analysis and comparative RPM and thrust scenarios for propellers.

This is a stripped down version of XROTOR as a complied python module. All the modification, design, and graphical functionality has been removed leaving minimal main menu options, such as:

This is a stripped down version of XFOIL, presented in the form of a Python module. What is unique about this package w.r.t. many others out there allowing an interface to XFOIL, is the fact that the Python code talks directly to a compiled Fortran library. This approach avoids having to read/write in-/output files to the disk and communicating with the XFOIL executable. Eliminating the need for constant disk I/O operations can significantly speed up parallel frameworks giving this approach a clear advantage. 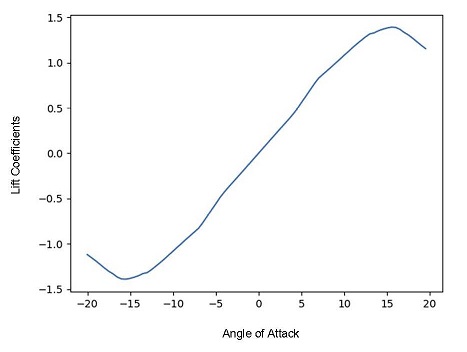