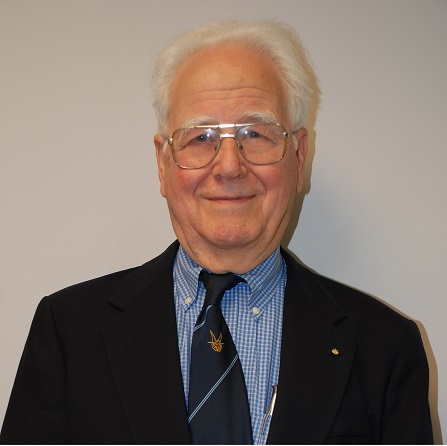 Dr. Roskam retired as the Dean E. Ackers Distinguished Professor in Aerospace Engineering at The University of Kansas in Lawrence, Kansas in 2003. He is the author of a two-volume text called Airplane Flight Dynamics and Automatic Flight Controls and an eight volume text called Airplane Design. He has co-authored (with Dr. C. Edward Lan) a text called Airplane Aerodynamics and Performance. These texts are used by more than fifty universities and by aerospace companies in the USA and abroad. In addition he has authored or co-authored over 150 papers, articles and technical reports. Dr. Roskam is a Fellow in the AIAA (American Institute of Aeronautics and Astronautics), a Fellow in the SAE (Society of Automotive Engineers) and a Fellow in the Royal Aeronautical Society (England).

Before joining K.U. in 1967, Dr. Roskam had twelve years of experience working for Aviolanda Aircraft Co. (in The Netherlands), for Cessna Aircraft Co. (in Wichita, Kansas) and for The Boeing Company (in Wichita, Kansas and in Seattle, Washington). He received his MSAE (1954) from the Delft University of Technology (The Netherlands) and his Ph.D. in Aeronautics and Astronautics (1965) from The University of Washington (Seattle).

Before founding DARcorporation, Dr. Roskam was a consultant to companies in the USA and in Europe and also served as a consultant to NASA, USAF and DARPA. Dr. Roskam has been actively involved in the design and development of the following aircraft: Aviolanda AT 21, Cessna T-37, Boeing TFX design, Boeing SST design, Learjet Models 25, 35/36 and 55, Cessna Citation I, SIAI Marchetti S-211 and Piaggio 180-Avanti. Jan Roskam managed the low speed and transonic speed wind tunnel programs for the SIAI Marchetti S-211 and Piaggio 180-Avanti. In 1991 Jan Roskam co-founded DARcorporation and functioned as president until 2004. He supervises the technical aspects of all consulting work. Dr. Roskam reviews all consulting work and is involved with all engineering meetings for consulting projects.